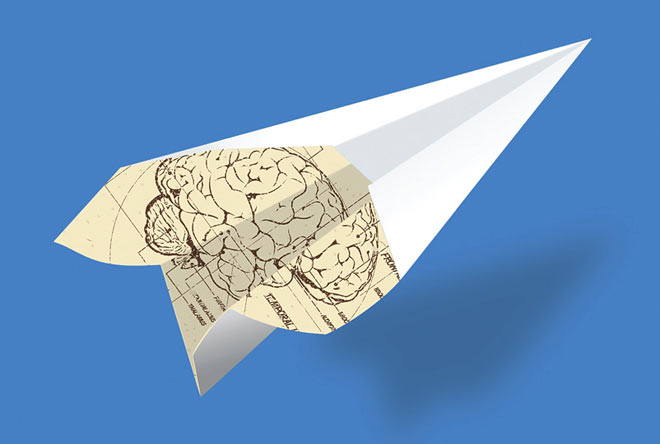 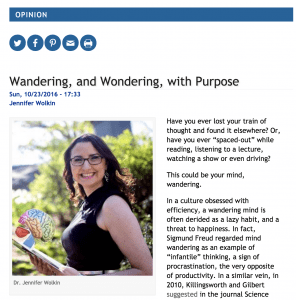 Have you ever lost your train of thought and found it elsewhere? How about “spaced-out” while reading, listening to a lecture, watching a show or even driving?

This could be your mind, wandering.

Mind Wandering refers to the phenomenon of being unable to focus on any single topic for a long period of time. As it turns out, it is very common. There is even evidence that indicates that mind wandering may constitute a psychological baseline; research shows that our brains’ daydream so easily and effortlessly that it appears to be our default mode of thought (http://www.ncbi.nlm.nih.gov/pubmed/17188554). 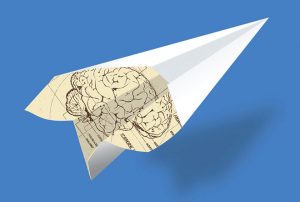 In a culture obsessed with efficiency, a wandering mind is often derided as a lazy habit, and a threat to happiness. In fact, Freud regarded mind wandering as an example of “infantile” thinking, a sign of procrastination, the very opposite of productivity. In a similar vein, in 2010, Killingsworth and Gilbert wrote in Sciencemag.org that: “A human mind is a wandering mind, and a wandering mind is an unhappy mind (http://greatergood.berkeley.edu/images/application_uploads/KILLINGSWORTH-WanderingMind.pdf) .”

Yet, on the flip side, a study from the University of British Columbia found that while mind wandering is usually associated with “laziness or inattentiveness,” the human brain is actually very active while daydreaming. (http://www.sciencedaily.com/releases/2009/05/090511180702.htm).

In that study, psychologists used brain scans to study participants as they performed easy, mindless assignments and found that their brains did indeed wander – but it was also during that period that the section of the brain known as the “executive network” was the most active.

This executive network, incidentally, is what we turn to when confronted with a high-level, complex problem. So daydreaming, according to this study, could help us solve some of our most pressing problems.

This suggests that mind wandering isn’t quite as mindless as it was previously considered. A daydream seems to produce parallel processing in two supposedly oppositional neural networks: the active executive part and the resting default.

How do we resolve this apparent contradiction? Let’s consider that the explanation resides in the fact that it’s not enough to simply daydream. Letting the mind drift off is the easy part. What’s much more difficult (and more important) is maintaining a touch of meta-awareness, so that if you happen to come up with a useful new idea while in the shower or sitting in traffic, you’re able to take note of it. In other words, “zoning out” might not be such a bad thing, as long as there is a conscious ability to hone and nurture what happens during that time.

To take this even further, research suggests that if we are somewhat mindful of where our minds are, without judgment, of course, the act of mind wandering might be essential to conjuring deep thoughts essential to living a connected and balanced life.

So, in an ironic riff on the idea that mindfulness is rooted in being “here and now”, when we are mindful of our mind wandering, it becomes functional.

I can’t help but realize how apropos this idea is during the time of the Jewish festival of Sukkot (“Huts”). This holiday is literally the quintessential WANDERING holiday! It commemorates the time that the Israelites spent wandering (yep, wandering) in the desert. The only shelter that they had at that time was from the temporary huts, or dwellings, that they erected during their 40-year journey.

What makes the journey distinctive is that while traveling in the desert, the Israelites were not wandering aimlessly from place to place, though it might have appeared that way.  They were consciously connected to something greater than themselves. In the desert, for the first time in their history, they truly grew into one nation connected to their ancestry and progeny, to their culture and religion, and to a “higher power.”

In today’s day and age, The flimsy sukkah structure returns those who observe the holiday to this time in Jewish history, while also catapulting us into our future as we make new memories for the next generation.

In addition to this generational interconnectedness, dwelling in this transient “home” also connects us to the tenuous nature of life. Just as our thoughts come and go, so does life. The temporary sukkah reflects our impermanence. Yet, sitting in the sukkah symbolizes at once the fragility of life, and also all that is at our fingertips to celebrate, if we choose to be mindful of it. This is the real beauty of the sukkah; that in the midst of the transience, there is the opportunity to experience joy and hope.

In honoring the nomadic, wandering lifestyle and in building our literal and metaphorical “sukkah,” we are allowing ourselves to continue to connect ourselves with our past, present, and fruitful future.

So go ahead, I dare you…wander.

Let’s wander toward thriving, together,