TRAUMA IN THE CONTEXT OF MASS SHOOTINGS 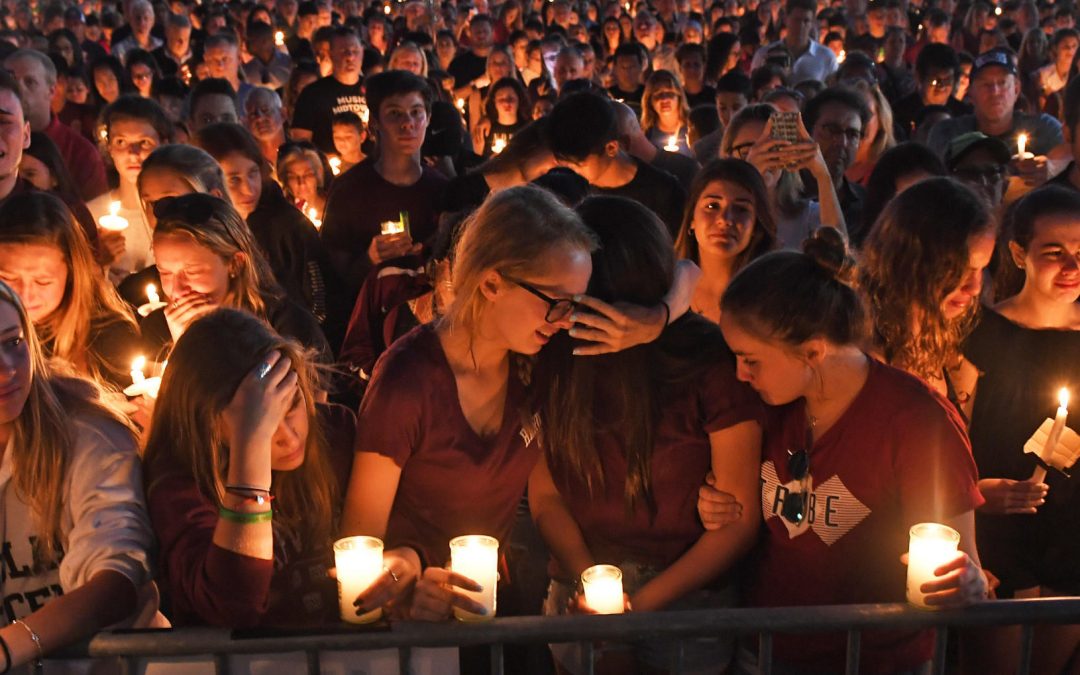 By way of full-disclosure, I’m tearing up as I write this. In the last few years alone, we have seen a rise in mass school shootings; that is, the death of innocent children, adolescents, and their adult mentors/teachers in cold blood.

I too, continue to grapple with the snuffing out of so many lives, and the lack of response to these deaths that somehow don’t seem to create change. Actually, most school shootings aren’t even talked about.

According to a non-profit that tracks gun violence in America, as of April 20th  2018, there have been 17 shootings since the February shooting at the Marjory Stoneman Douglas High School in Parkland, Florida which launched the Never Again movement. You read that number correctly.

I don’t want to get too political here, but as a mental health practitioner and staunch advocate, I want to go on record saying that gun violence is not a mental health issue. Is mental health sometimes a component in these shootings? Sure. Yet, let’s be clear. The rise of school shootings is not attributable to a national mental health crisis. It is far too easy for someone to get a gun in this country. No matter which side of the gun control debate you are on, it is insulting with those who suffer with mental health to be accountable for this.

Here’s some info taken straight from MentalHealth.gov to keep in mind:

Myth: People with mental health problems are violent and unpredictable.

Now that I made that clear, I want to discuss PTSD in the context of these shootings.

Undoubtedly, these shootings will impact the victim’s families, friends and communities forever – some might even develop PTSD, as they are certainly at risk, especially those who survived and witnessed the events.

Of course, what we have seen come out of the Parkland shooting is no less than a post-traumatic growth response (learn more in my PTSD packet); while this doesn’t mean the survivors aren’t deeply suffering, many have been able to utilize this suffering as fuel to advocate for gun control in a way it seems that no other organization or group of individuals has been able to before. Their efforts have affected real change, and I pray the change continues.

What I want to address is the idea of virtual trauma. We, as a nation, are privy to these events either in real time, or moments after. Sometimes, the media coverage is more gruesome and detailed than at others. Regardless, we, as a nation, are at risk for PTSD even if we were not directly affected. Whether we were involved or not, these accounts bring up a real sense of danger and deep concern about our and our loved one’s safety.

According to research in the early 2000’s, approximately 15 to 36 percent of the population that did not experience violence directly, will still develop post-traumatic stress disorder (PTSD) symptoms.

The impact of trauma has a wide range. Even just hearing about the event can shatter our assumptions about our world. You see, tragedies like these reverberate in the hearts and minds of much of humanity, as it rips through the basic foundation that we lay our trust upon. That is, we don’t expect people to just shoot other human beings in cold blood. So, it seems that trauma’s effect surpasses the psycho-neurobiological impact of experiencing a direct threat to one’s own life.

According to psychologist Janoff-Bullman, what a mass trauma like this does is challenge our assumptions and brings them into question.

These assumptions may include:

Undoubtedly, these assumptions aren’t necessarily true, but can be healthy and adaptive.  For many of us, these very assumptions help us get out of bed in the morning and actually go about our lives and are necessary for meaningful experiences and interpersonal relationships.

The figurative ground we walk on becomes shakier and shakier with each shooting. If you notice that after an event you start feeling more irritable, anxious, like you have lost control, depressed, have trouble sleeping and anything else that is not your baseline and does not seem to be going away, please reach out for help.

This is part 2 of a 4-part series of excerpts from the latest 2018 edition of Dr. Wolkin’s PTSD Packet